<p>Since joining the DORNBACH Group in July 2019, Mr Boghossian has been jointly responsible for the development and expansion of the group-wide competence center for restructuring. After graduating from high school in Frankfurt, Jean-Olivier Boghossian completed an apprenticeship as a banker (IHK Frankfurt / Main) at the banking house Gebrüder Bethmann in cooperation with Chase Manhattan Bank AG. He then studied law and economics as a second subject at the Saarland University in Saarbrücken. During his legal clerkship he already worked as a lawyer for the office of the Saarland bankruptcy administrator Udo Gröner. Since 1997 he has been working as a lawyer focusing on insolvency, reorganization and restructuring. Since then he has been appointed as insolvency administrator or administrator by numerous bankruptcy courts. From 2001 to 2013 he was responsible for SCHULTZE & BRAUN as the responsible partner and branch manager in Saarbrücken with the development of the location he founded. In 2001 he was included in JUVE Rechtsmarkt's first-time list of "40 under 40" of leading young lawyers in Germany. Since the JUVE manual 2003/2004 it has repeatedly been listed under the "leading names from Rhineland-Palatinate and Saarland" for the areas of insolvency and restructuring. In 2007 he was given the authority to use the designation "specialist lawyer for insolvency law". Since 2014, he has mainly advised companies before and during the crisis, their executive bodies as well as entrepreneurs, affected creditors and other parties involved in the proceedings. He prefers to support the company management in reorganization as a insolvency general agent or reorganization manager or board member in self-administration and insolvency plan proceedings. He is also active in the run-up to and outside of judicial insolvency proceedings in crisis prophylaxis. His many years of lecturing in restructuring, reorganization and insolvency law round off his profile.</p> 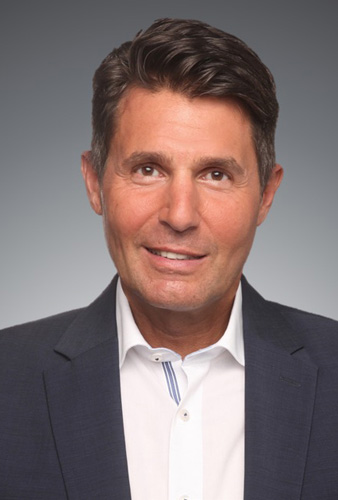 <p>HOLISTIC AND SOLUTION-ORIENTED. OUR CONSULTANCY CONCEPTS. DORNBACH is a cross-regional group of companies active in the areas of auditing, tax consultancy, legal advice and company consultancy. As one of the leading owner-managed professional companies, we support entrepreneurs, companies and institutions from a wide range of industries with integrated and solution-oriented advice, both nationally and internationally.</p>